Evan Spiegel is a Famous Internet entrepreneur and an American businessman. He is the co-founder and CEO of the American multinational technology at the age of 25 and social media company Snap Inc.

Which he created the company Snapchat with Bobby Murphy and Reggie Brown while they were students at Stanford University.  Nowadays Spiegel is chief executive of the Los Angeles-based social media messaging company, which reportedly has 150 million people using it each day. He is Married to the Miranda Kerr. 29-year-old Evan, youngest billionaire in 2015.

The photo- and the video-sharing app allows users to layer filters, text, and effects, creating shareable Snaps that automatically disappear after 10 seconds.

Evan Spiegel is from a wealthy family. His name comes in Forbes magazine. 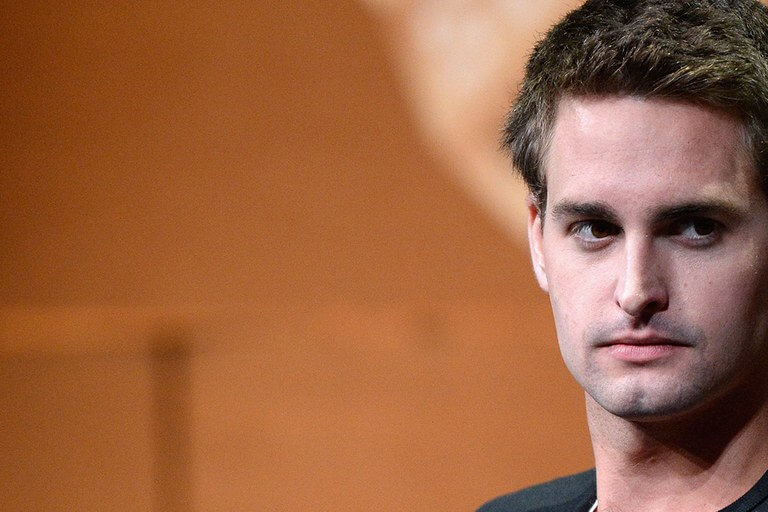 All Information About Evan Spiegel:

Evan Spiegel is from a wealthy family. If we talk about Evan’s parents, his Father John W. Spiegel is Lawyer and Mother Melissa Ann Thomas is also Lawyer.  Evan Spiegel ‘s Date of birth is June 4, 1990.

Evan was born and raised in the Wealthy family in Los Angeles, California, to John W Spiegel and Melissa Ann Thomas, both lawyers.

From a Young age Evan Interested in technology, he gained a reputation of being a fool while in high school. After being educated at the Crossroads School for Arts and Sciences in Santa Monica, he was accepted into the prestigious Stanford University.

Spiegel went to design classes of Art and Design at the Otis College while still in high school and at the Art Center College of Design in Pasadena the summer before entering Stanford.

As a student, he used to conduct experiments with Photoshop and he had also an unpaid internship in sales at Red Bull. After some time, he was hard work as a paid intern in biomedical company, as a careers instructor in Cape Town, South Africa, and at Intuit on the TxtWeb project. Spiegel is a member of the largest college social “Kappa Sigma fraternity”.

He met fellow student Bobby Murphy who hired Spiegel for the job of designing an online social network, inspired by the Google Circles. This venture, however, was a failure.

In 2015 Once Evan Spiegel romantically linked up with singer and songwriter Taylor Swift for brief time. He began dating Supermodel Miranda Kerr; he first met her at a Louis Vuitton dinner in New York.

Famous As:- Co-Founder Of Snapchat

Evan Spiegel Book:- The Art of War By Sun Tzu,  New book ‘How to Turn Down A Billion Dollar’ about Snapchat.

Girlfriend Affairs:- Lucinda Aragon (Model). Evan Spiegel’s had a girlfriend Lucy Aragon. and Evan Spiegel had been dating since 2013.

During the summer of 2015, Evan Spiegel and Supermodel Miranda Kerr began dating, after first meeting at a dinner for Louis Vuitton the year before.

After dating for two years they got engaged on 27 May 2017. Now she is Pregnant.

When Snap began trading in March After, Spiegel became one of the youngest public company CEOs at age 26 in 2017.  He is also a member of the Berggruen Institute’s 21st Century Council. 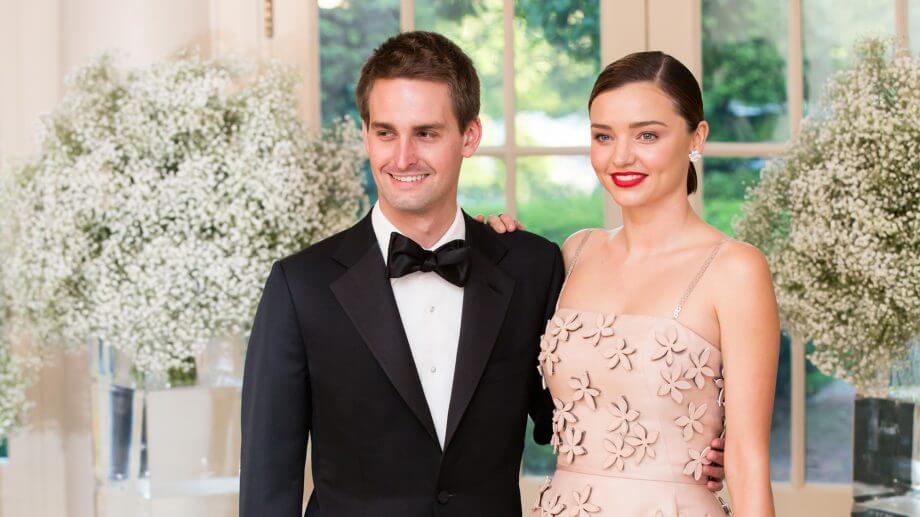 In April 2011, while Evan studying product design at Stanford, Spiegel proposed an app with ephemeral messaging as a product design class project, an idea which his classmates ridiculed.

After Some time The project started well but could not maintain steady growth and ended soon after. But After Some time Spiegel worked with friend Stanford classmates Bobby Murphy and Reggie Brown Who together launch a prototype of this concept called “Picaboo”, which they later renamed as “Snapchat”.

The app’s popularity grew automatically and in 2012, Evan left  Stanford University to focus on Snapchat shortly before completing his degree. In the last of 2012, Spiegel’s Snapchat app had received 1 million daily active users.

The application was re-launched under the name Snapchat in September 2011. However, Snapchat soon develops into an image, messaging and multimedia mobile application, and early on the team focused on usability and technical phase.

In May 2012, 25 images were being sent per second on Snapchat and the users had shared over one billion photos on the Snapchat iOS app, with 20 million photos being shared per day. Brown left the organization around this time.

On July 19, 2018, Spiegel revealed to “Stay Tuned”, NBC News’s show on SnapChat that he completed his degree needs and graduated from Stanford in 2018.

Evan Spiegel is the co-founder of Snapchat, an image messaging and multimedia mobile application. The app which provides photo sharing and social networking services is currently used by millions of people worldwide. 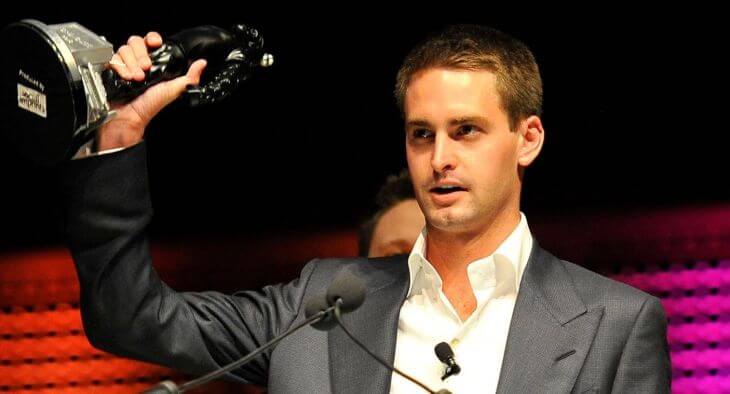 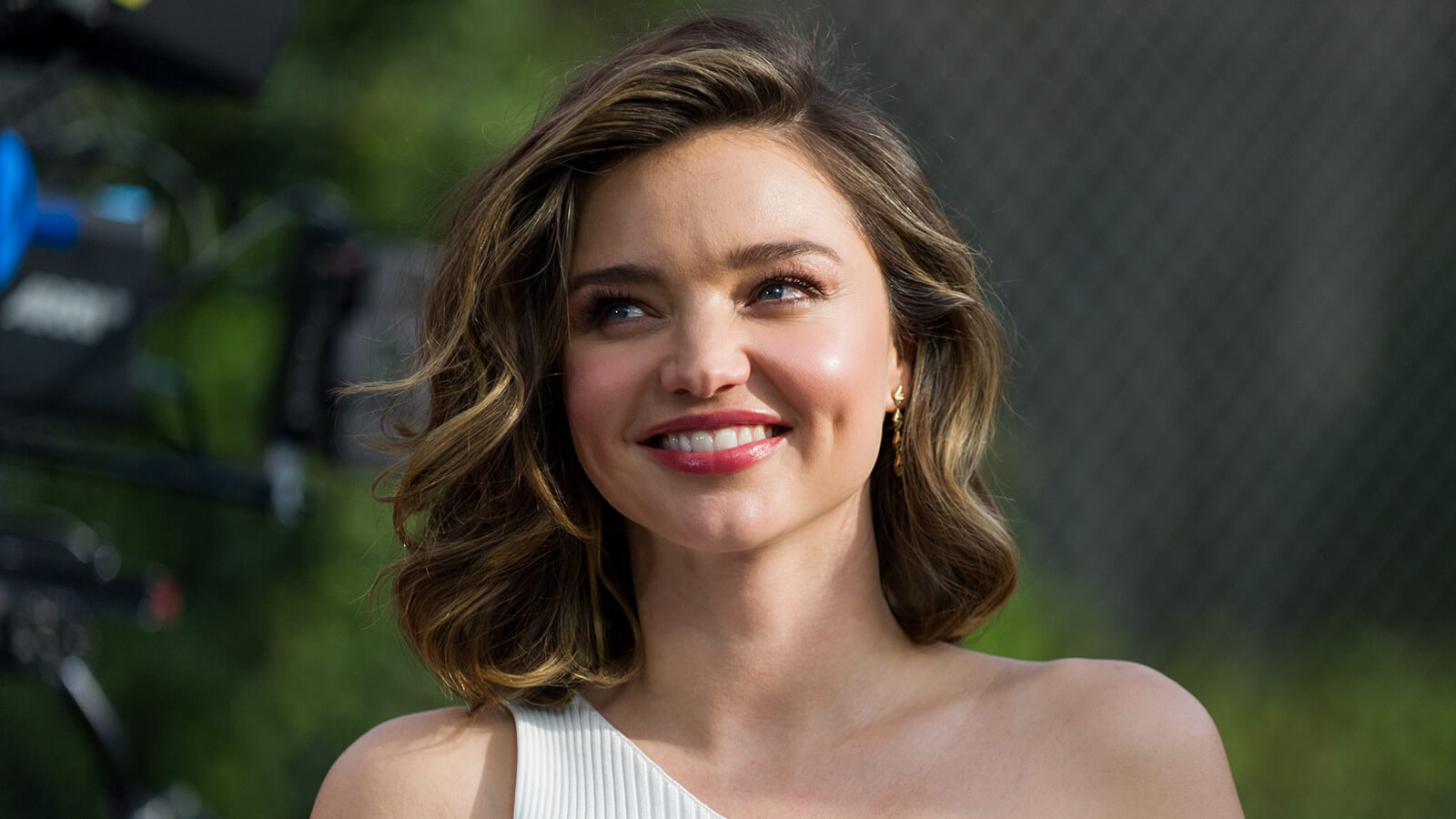