Bhumi Pednekar is an Indian actress. She made his acting debut with the movie Dum Laga Ke Haisha in 2015. In which she plays an overweighted wife role opposite to Ayushman Khurana.

Bhumi Pednekar’s recent movie was “Saand Ki Aankh” and “Bala”. Saand Ki Aankh released on 25 October 2019 and Bala released on 7 November 2019. Bhumi doing release movies back to back. Before one day she released Bala Co-star Yami Gautam and Ayushman Khurana. 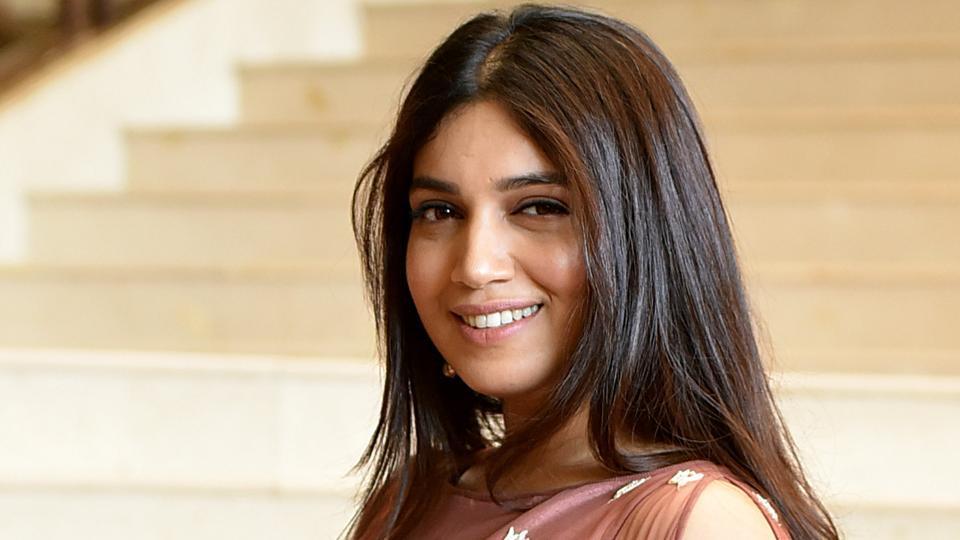 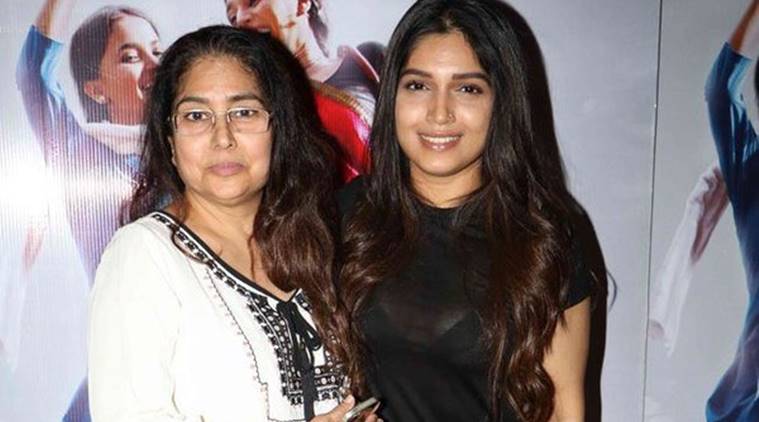 Bhumi was born in Mumbai, Maharashtra on 18 July 1989 (30 Years as on 2019). Her father was Maharashtrian and her mother is Haryanvi. Bhumi and her sister Samiksha is Twin sister.

She did her schooling from Arya Vidya Mandir and is a resident of Mumbai. Bhumi was an assistant casting director for past six years with Shanoo Sharma of Yash Raj Films before entering into acting.

Bhumi Pednekar performed the role of Sandhya Varma, an overweight girl in her debut movie Dum Laga Ke Haisha in the year 2015, opposite to Ayushmann Khurrana. To play the role of an overweight woman, she gained almost 12 kg, despite being slightly overweight before the shooting had commenced.

Ayushman Khurana came to the sets of Pati Patni Aur Woh and gives a special surprise to Bhumi Pednekar on her birthday. When Ayushmann is busy with the Gulabo Sitabo shoot that also stars Amitabh Bachchan. That time Bhumi is shooting Pati Patni Aur Woh with Indian actor Kartik Aryan and actress Ananya Pandey. 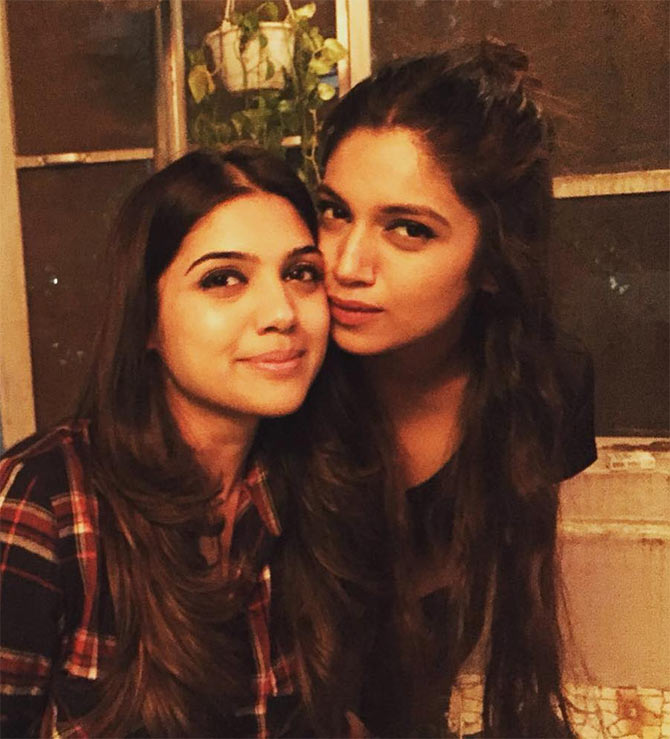 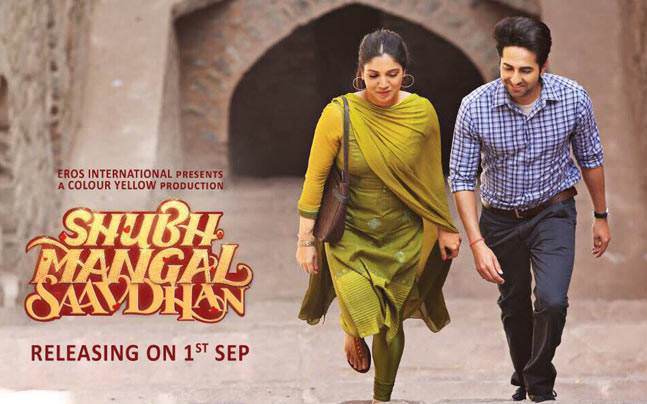 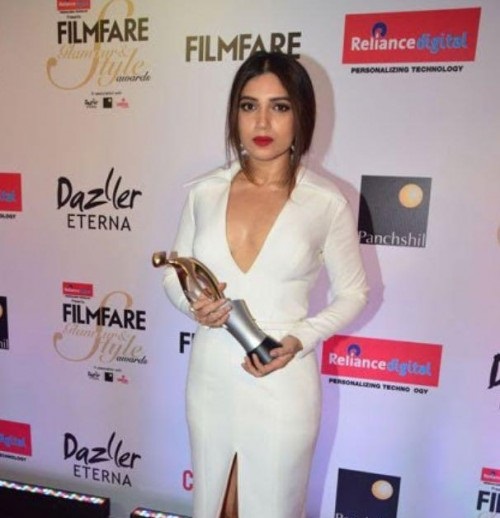 Bhumi Pednekar lost 32kg weight. She goes from 89 kg to 57 kg in about six months without going on a fad diet. You should follow this bhumi Pednekar diet Plan, exercise, and workout Routine that how to loss her weight.

Breakfast:- Bhumi starts her morning with a glass of warm water or detox water. And after one hour- Muesli with skimmed milk and flax or sunflower seeds.

Sometimes, She takes delicious Grilled chicken or Brown bread sandwich stuffed with vegetables and grilled chicken (hummus/honey, mustard or green chutney as a spread instead of butter or any other trans fat spread)

Hummus with cucumber and carrots or Nutri-nuggets. The bowl of brown rice with homemade chicken gravy.

Evening Snacks:- Around 4.30 pm – Papaya or an Apple / Pear / Guava. After an hour – Cup of green tea with almonds or walnuts.

Around 7 pm – Big bowl of salad (made of seasonal veggies or fruits like apple, dried berries or some walnuts, dressed with olive oil and balsamic vinegar or some olive chili oil with garlic and mustard or some apple cider vinegar).

Dinner:- For dinner If she eating non-veg,
Grilled fish or chicken. And If having veg,
Fresh-grilled paneer/tofu + stir-fried or steamed veggies.

Coupled with a small cup of brown rice or thin multigrain roti.

The best part of Bhumi Pednekar’s weight loss journey is that she simply made easily adaptable changes.

She improves muscle strength and power. Bhumi says that you should set such a target, which you can easily complete.

Bhumi does 15 minutes of cardio exercise daily and then 30-40 minutes of weight training. Apart from the exercise done in the gym, Bhumi also burns extra calories by dancing to Bollywood songs at home. Dance not only keeps their body fit but also reduces their stress. Apart from this, Bhoomi is also very interested in many sports like volleyball, badminton, and swimming, etc. and often performs these activities in the evening. 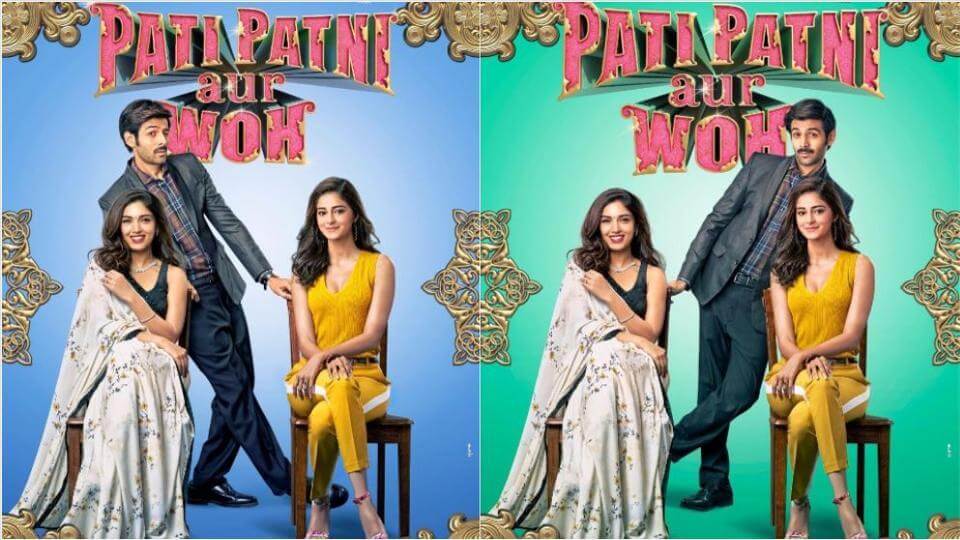 Some Other Facts of Bhumi Pednekar:-

Hence, this is all about Bhumi Pednekar. She is really a gorgeous actress.